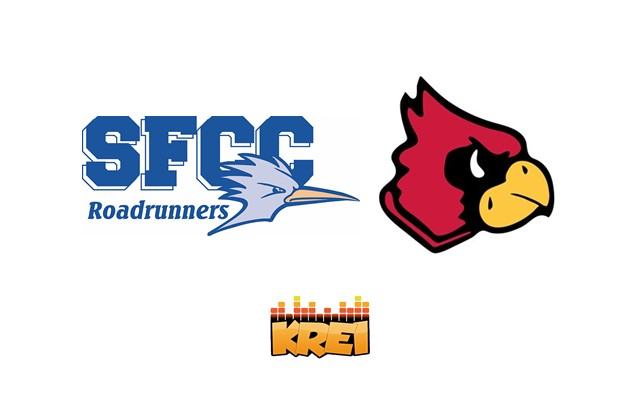 It was more of the same in the second half as the Cardinals eventually built a 50 point lead. Every player available got into the game for MAC and every player scored. Manu Musemena scored 15 to lead the Cardinals. MAC shot 60% in the game. State Fair shot 27%.

Mineral Area College sophomore All American candidate Malevy Leons joined us on the postgame show. He says after going 30-2 and missing the national tournament last year, the Cardinals are focused on being even better this year…

The MAC remain undefeated at 13-0 and play again Friday afternoon against Illinois Prep. Our next MAC men’s broadcast will be on Monday at home against St. Louis Community College.
Full interview with Malevy Leons

The Cardinal ladies used a 24-6 third quarter to put the game out of reach. Nijah Moore provided a double double with 13 points and 10 rebounds….

Next up for the MAC women is a Saturday home game against JeffCo.
Full interview with Briley Palmer