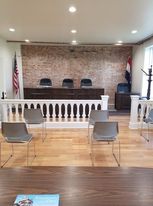 (Ironton) If you have been to the Iron County Courthouse in Ironton recently, you know a major rehabilitation project is underway for that historical building.

Presiding Commissioner Jim Scaggs says they started this project a couple years ago. 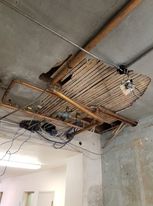 Scaggs says much more work is still to come. 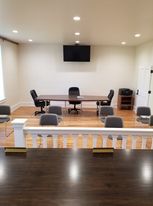 And Scaggs says as they have tore back old renovations to the courthouse, they have discovered areas where the original architecture had been hidden from view for many years. 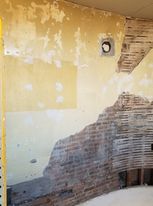 One of the first improvements to the Iron County Courthouse was the installation of a new heat pump system.

Scaggs says this new, centralized heating and cooling system has already saved the county quite a bit of money, compared to the old system that was being used.

Brockmiller Construction was awarded a bid contract for the first floor work that is currently underway.

Scaggs says the construction company out of Farmington has performed quite a bit of historical preservation work in the past and says so far, Brockmiller has done an excellent job at meeting the Iron County Commission’s standards.