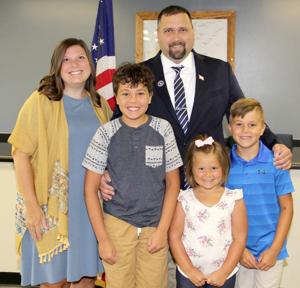 (Potosi) The city of Potosi has a new mayor.

Blount was excited when he found out he won.

Blount tells us a little bit about himself.

And the new Potosi mayor has set several goals.

Mayor Blount says he will have set set hours at Potosi City Hall Mondays, Wednesdays and Fridays and by appointment only Tuesdays and Thursdays.

(photo courtesy of the Independent Journal in Potosi)