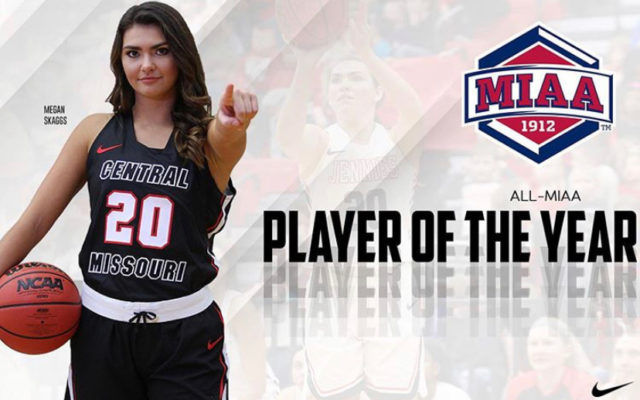 (Warrensburg, Mo.) It seems that Megan Skaggs has done everything in her basketball playing career.

While at Central High School in Park Hills she won a state championship and became an All-State player.

During her time time at Central Missouri in Warrensburg she won a national championship as a sophomore, has been named the MIAA player of the year as a senior this year and is certain to become an All American. However, she is not done yet.

Friday she leads her 27-4 Jennies back into the NCAA Division Two tournament as a one seed, where they will host Southwestern Oklahoma, the team that beat them in the tournament last year. She thinks the Jennies are poised to make another run.

Skaggs broke her school’s and the MIAA conference record for points in a game earlier this year when she exploded for 50.

When we asked Megan which accomplishment she was most proud of her senior season, she immediately listed a team honor.

This year Megan leads the Jennies in scoring at 17 points per game while shooting 53% from the floor, 38% from three and 81% at the free throw line. She was also named to the 50 year team that was unveiled this year at Central Missouri.