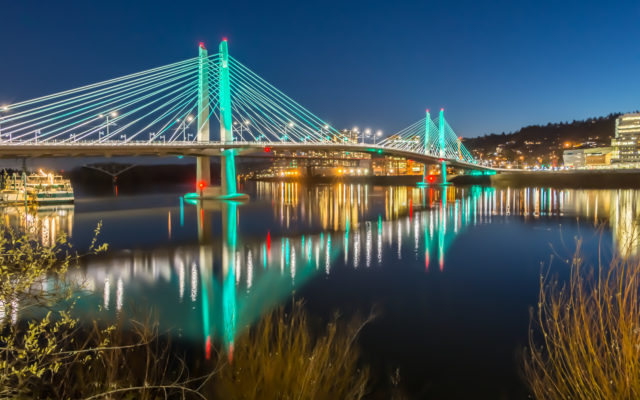 Evening sets upon the Willamette River in beautiful downtown Portland, Oregon. The South Portland city lights. Skyscrapers, buildings and lights reflecting onto the still river. This cityscape features the Portland skyline at sunset. Still waters of the Willamette River. This is the beautifully illuminated Tilikum Crossing, a pedestrian, cyclist and Trimet bridge. Horizontal. No People, HDR

(Ste. Genevieve) The Mississippi River is the backbone of many Missouri communities and a new report warns this river is at a major crossroad right now.

The upper Mississippi, which includes the river along the Missouri border is ranked by “American Rivers” as the country’s top Most Endangered River.

The Missouri River is also in the top 5 of the endangered river list.

The report says last year’s flooding caused more than 6-billion dollars in damages and left communities under water for weeks, and some for many months.

Dorothy says river-management decisions that allow higher levees and risky floodplain development will only intensify such threats in the future.