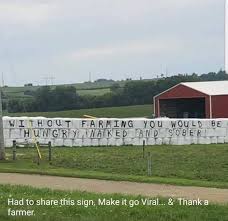 Kruse says commodity prices, which have gradually increased as global supplies have gotten tighter, are driving the income growth.

He points to drought-reducing crop production in other parts of the country and world.

Sanctions on Russia are expected to affect fertilizer supplies and energy prices.