Mollard wins it for Rock Memorial in late rally over Festus 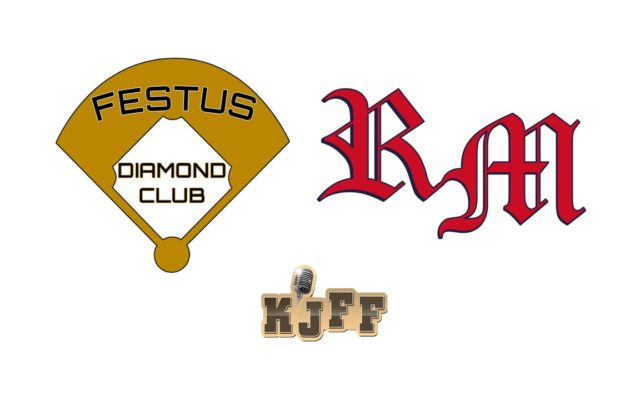 Rock Memorial earned a memorable win Thursday evening on KJFF, rallying from a final-inning deficit against old foes Festus 253 to win 4-3 and get their first win over their rivals in over a year.

A pitcher’s duel saw the game enter the fifth inning tied at 1, but Jordan Duncan put Festus on top all by himself.

Festus added another run in the top of the seventh and led 3-1 needing just 3 defensive outs to hold on.

But the first 4 Rock batters in the bottom of the seventh coaxed out walks, pulling them within a run and loading the bases.

That’s when Ethan Mollard stepped to the plate and came up with the winning swing.

Mollard finished with 2 hits to go with his game-winning single and also earned the win on the mound, getting the last 2 outs in the top of the seventh.

The Applebee’s Player of the Game went over how he approached the final at-bat.

Rock Memorial improves to 6-5 and is back in action Tuesday against the Adidas Athletics.

Festus falls to 2-2 and will next play a doubleheader at Washington on Wednesday.

To hear the complete broadcast again, click play below.