Near Drowning on Black River in Reynolds County 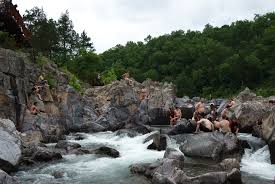 His head struck a rock, he became unconscious, went under water and was rescued by nearby individuals who conducted C.P.R. on Keawena until rescue personnel arrived.