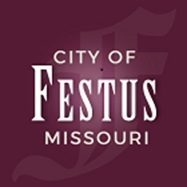 (Festus) The newly hired Festus Public Works Director just finished his first week on the job. Matt Unrein was hired last month and has had a long career in city government and held the title as Arnold City Administrator in the past. Unrein says he’s happy to be a part of the Festus staff.

Unrein was most recently the Public Works Director for the City of Ferguson. He says while that north St. Louis County city has been in the news for some negative reasons, it was a good place to work.

Unrein is also taking on the title of Assistant City Administrator with Festus. He has been residing in Crystal City for the past several years.