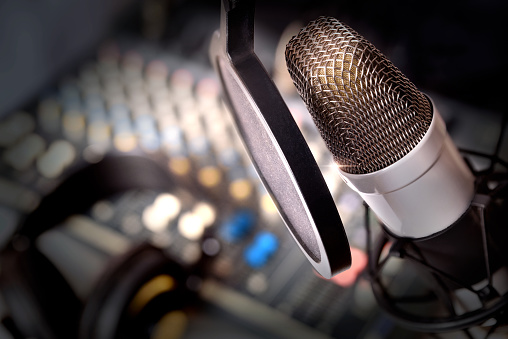 We have reached out to Friends of Hawn for their response to this announcement.

While the Friends of Hawn’s challenge to NEXGEN’s land reclamation mining permit was pending, the two groups began conversations to understand each other’s respective positions. That approach led to NEXGEN fully understanding and addressing the concerns and questions of the Friends of Hawn representatives regarding NEXGEN’s land reclamation permit. Subsequently, NEXGEN had several specifications and designs in its original and existing site plan unknown to the Friends of Hawn. NEXGEN presented and explained the practices and strategies designed for NEXGEN’s proposed mine site under the leadership of a 30+ year mining professional and General Manager of NEXGEN Silica, Clark Bollinger.  Furthermore, some of the proposed sites layout and inclusions were designed by a comprehensive subject matter experts panel, comprised of over 250 years of mining industry experience.

In addition to being subjected to overview and enforcement by the Mining Safety and Health Administration (MSHA), the MDNR, and the Environmental Protection Agency (EPA), NEXGEN voluntarily includes proposed site designs and procedures surpassing the standards of its respective industry and those required by the aforementioned government agencies. NEXGEN has held itself to this high standard since its conception, and now it is glad to allow the Friends of Hawn to hold it to the same standard.

“We are proud to have reached a resolution with the Friends of Hawn as it relates to the issuance of our land reclamation permit by the Missouri Mining Commission,” said Clark Bollinger, General Manager of NEXGEN Silica. “We appreciated the opportunity to understand their concerns about our operation. We were grateful to share several features we had factored into our original site plans to ascertain that our operation would be above and beyond the standards required by our industry’s regulatory agencies. Beyond our original plans, we were glad to set specific parameters around various concerns for the Friends of Hawn to have their expectations understood and met by us. We have tremendous respect for the Friends of Hawn and what they do to serve such a pristine and treasured property of the Midwest.”

The following parameters are a result of the agreement:

 NEXGEN will address a land reclamation concern and ensure additional resources are available to reclaim the affected land by increasing the surety bond amount from the
statutorily required amount of $61,500.00 to $200,000.00 before removing any overburden from the site. This increase cannot be used to cover future expansions of
the permitted area. This amount will be secured and bound to the State of Missouri, so it will be available to MDNR to reclaim the site should NEXGEN be unable or otherwise fail to fulfill this obligation.

 NEXGEN will address the concern of light pollution by using outdoor lighting fixtures at the site that are designed and positioned to prevent glare and light pollution. This
includes parameters preventing the use of harsh ultra-white/blue light often seen at commercial sites in these exterior fixtures. Also, NEXGEN’s site plans incorporate a
strategy where light will not spill over into neighboring properties or public rights of way or result in a glare visible from off-site.

 NEXGEN will address the concern of noise pollution by restricting its blasting activities to Monday through Thursday and only during a 6-hour window (9:00 am and 3:00 pm). NEXGEN will be allowed to engage in blasting activities on Fridays during the same hours during its first 90 days of operation only. The only exception to this restricted schedule is in the event of an emergency, which was included out of concern for the safety of NEXGEN’s employees.

 To further address the concern of noise pollution, NEXGEN has planned the construction and maintenance of an earthen berm of at least 30ft in height between the facility and Highway 32. In addition, the entire berm and between the berm and Highway 32 will be planted with a variety of native pollinating plant and tree species with sufficient density to further reduce noise from the facility and to offer native wildlife habitat in the area.

The Friends of Hawn issued the following statement: “The Friends of Hawn respect and appreciate NEXGEN’s willingness to discuss and respond to these concerns. We believe the obligations imposed on NEXGEN through this settlement will benefit Hawn State Park, surrounding natural areas, and the local community should the proposed mine be developed.”

NEXGEN encourages and invites anyone that would like to learn more about its proposed mine site to contact them at nexgensilica.com/contact.