North County Boys Moving on After Action-Packed Quarterfinal Against Sikeston 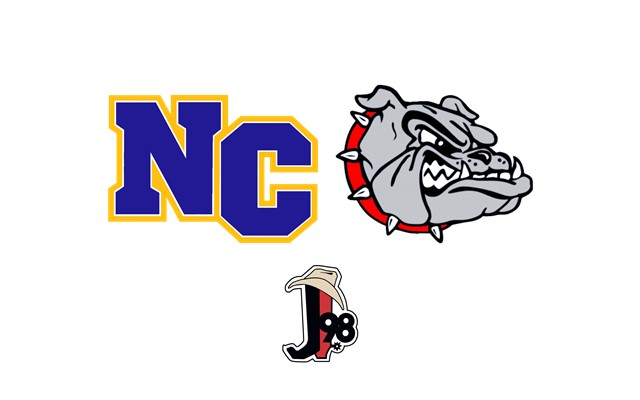 (Sikeston) The North County boys are one of the final eight teams standing in Class 5 as they went down to Sikeston and knocked off the Bulldogs in Sectionals by a final of 76-70 tonight on J98.

There was no separation between these two throughout as neither team ever took a double-digit lead.

A high-flying first half saw multiple lead changes, but it was Sikeston who took a 39-38 lead into the break.

The second half was a slugfest with both teams trading blows, but it was North County’s Kyle Conkright who started to take over.

Conkright poured in nine points in the third as the Raiders took a 55-49 lead into the fourth.

However, the Ellington transfer saved his best for last as he provided the knockout punches down the stretch.

Conkright was named our Applebee’s of Farmington Player of the Game as he finished with 33 points on the night and 21 in the second half.

The Raiders took care of the orange over the final minute and a half and knocked down their free throws to hold on for the six-point win.

North County head coach Jimmy Palmer says he was proud of the way his team finished the game.

The Raiders improve to (24-1) and will host Lutheran South on Friday in the Class 5 Quarterfinals.