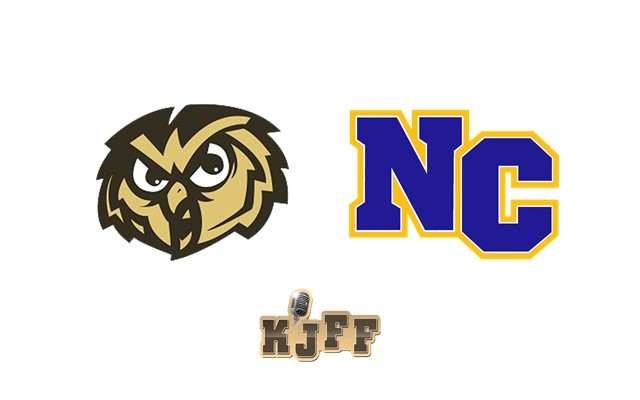 (Bonne Terre) The North County Raiders football team toppled the Windsor Owls 56-20 tonight heard on AM 1400 KJFF. The Raiders put up 520 total yards of offense with 394 of those coming on the ground. North County would strike first 49 yards through the air and Windsor would then answer right back.

That would be the only score of the first half for the Owls as they would struggle to move the ball down the field. North County, on the other hand, had no problem moving the ball in big part due to their senior rushing attack headed by Blake Head.

Blake Head was our Applebee’s of Farmington Player of the Game as he ran all over the Owls with 232 yards and four touchdowns. Head coach of the Raiders Brian Jones says early in the week his focus was on his daughter who was winning a district title for the girls tennis program at North County and that it was an opportunity for his squad to get better without the head man watching.

They would get the work done and then some winning by 36 points. North County improves to 4-3 on the season and will host Potosi next week. That game can be heard on J98. Windsor falls to 2-4 and will travel to Sweet Springs with Malta Bend next Friday.