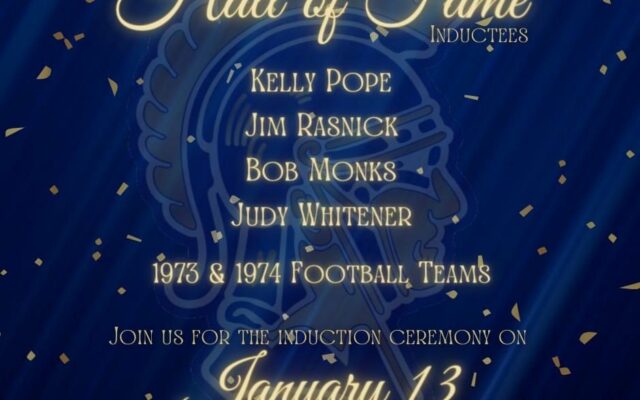 Robert “Bob” Monks  is a graduate of North County, Class of 1994

In his professional career, he and his wife are the owners of STLMustangs,  Curtis Glass Center, Marler Music Center and Kevin Ball Auto Body.  He is also the founder and President of the Mineral Area Fine Arts Academy (MAFAA) where he is actively recruiting students in an effort to  continually build the fine arts in the community.   He believes the primary key to his success is his ability to surround himself with brilliant people and form a team to quickly identify problems and formulate sustainable solutions.

Mr. Pope was born and raised in the North County School District. He went to school at North County High School, where he played football and basketball from 1973-1976. Mr. Pope played on the two teams that went to the semi-finals of the state football championships. He was nominated to the all-conference and all-district football teams as well as all-conference basketball. He also held the career pass reception yards for football for some time. Mr. Pope graduated from North County High and Unitec Career Center in 1976.

Mr. Pope retired from teaching at North County School District in 2009, when he began working at Farmington Correctional Center as an HSE teacher. He is currently in his 14th year at Farmington and starting his 43rd year of teaching. Mr. Pope would also like to thank his family for their support and hope his grandson, Andrew Pope, can carry on the Raider tradition!

Mr. Rasnick graduated from North County High School in 1980. During his high school, he played football, basketball, and baseball.

In 1987, he married his wife, Marilyn, and the two have been married for 35 years. They have two daughters: Emily Becker, husband Ryan, and three grandsons: Rowan, Tripp, and Espen, and granddaughters: Taylor Meyer, husband Josh, and one granddaughter, Isabella.

He has always been proud to be a NC Raider and feels extremely honored to be selected as a member of the Hall of Fame.

Ms. Whitener began teaching at North County in 1970 and retired in 2000. She graduated from Farmington High School, then went on to earn a Bachelor of Science in Vocational Home Economics from Ole Miss. She earned a masters of Early Childhood Education from Webster University, and is an Honorary Doctor of Humane Letters under Maryville College. Ms. Whitener is married to Larry Whitener of Fredericktown. She has three daughters-Debby, Angie, and Elizabeth-who are all educators, as well as ten grandchildren, three great grandchildren, and two foster children. Her special recognitions include:

Ms. Whitener is also involved in her local church, is a mentor for Young Faith in Christ, a Community Bible Study Leader, a Supervisor for National Conferences of FHA, and is involved in various other local organizations.

In the fall of 1969, the newly formed North County Raiders Football team played their first official season, by competing at the Junior Varsity level and finishing with a record 3-3-1.

The following year, the Raiders fielded their first Varsity program and finished with a record of 2-7.

Tough seasons would follow in ‘71 and ‘72, and major changes would take place in the football program for 1973.  The North County administration took a risk in hiring one-year assistant Matt Haug as the head coach and two-year junior high coach Tom Donze as his assistant. Youth and inexperience would mark the 1973 Raider football season with just three combined years of coaching experience for the varsity staff and only four senior players.

The Raiders opened the ‘73 season by winning their first two games, defeating Doniphan and St. Pius.  In week 3 they avenged a loss from the previous season when they shut out Ste. Genevieve by a score of 23-0.

The Week 4 game saw the Farmington Knights visit Raider field.  Turnovers, and a bend-but-don’t-break defense, propelled the Raiders to a 13-10 victory in their first ever win against the Knights, which would help establish the long standing rivalry between the two schools.  This win changed the perception of North County being a “promising” football team to a legitimate football program. Suddenly, words like “powerful”, “elite”, “undefeated”, “conference-leading”, and “champions” were used to describe the North County Raiders.

Weeks 5 and 6 of that ‘73 season saw the Raiders notch shutout victories against St. Vincent and Potosi.

The week 7 game against Valle of Ste. Genevieve would provide a story behind the story.  The game would see Coach Haug and Coach Donze against their own former high school coach Ralph Thomure.  The game featured a big play Raiders offense and stingy defense who held the Warriors to 125 total yards and one score.  At the end of regulation, the Raiders prevailed 34-6.

Rebel Field was the place to be on Friday night, November 2, 1973, as the 7-0 Raiders faced the 6-1 Rebels.  An inspired walk from Desloge to Flat River by many North County students before the game added a new spirit.  Mark Dayhoff opened the scoring with a 32 yard field goal early in the first quarter, but the Rebels would answer on their next possession with a two yard touchdown run to gain a three point lead.  On the first offensive play after the kickoff, a special play designed by Coach Donze called “22 Bubba” was executed to perfection and Jeff Marler, assisted by key blocks at the point of attack and downfield by Greg Ragsdale, Mark Dayhoff, Dale Douglas, Bill Rawson and Jebo Bullock, would run 56 yards for the score. Additional touchdowns by Don Eaton, Marler, and a long, ball-controlling run by Junior Brad Harris highlighted the second half. The 30-12 victory over the Rebels left the Raiders 8-0.

Week 9 saw a frustrated and hungry Blackcat team come to Desloge with hopes of upsetting the playoff-minded Raiders.  Fredericktown had started the season with four straight wins but soon after lost several key players to injuries. The Blackcats were healthy again for the last game of the season.  Big defensive plays by the hard-hitting Raiders, along with a rushing attack of over 300 yards and a nine yard pass from Donnie Eaton to John May, gave the Raiders a 14-7 victory and their 9th win of the season.

In just their fourth season of Varsity football the North County Raiders finished the regular season undefeated, were crowned MAAA Conference Champions, and secured a bid into the State Playoffs.

The weather, the loss of key players, and the 9-0 Washington Blue Jays proved to be too many obstacles for the North County Raiders in their first-ever playoff game. A five-inch rainfall the night before left the Blue Jays field a quagmire. Season-ending injuries to key players limited the Raiders’ rushing attack.  After a hard fought game in the mud, the Raiders fell short to the eventual Class 3 State Champion Blue Jays and ended the 1973 season as conference and district champions and Class 3 state semi-finalists.  The Raiders would see 12 players receive All-Conference honors, 3 receive All-District honors. and one receive All-State honors.

The loss of just 3 seniors had many Raider fans optimistic for the start of the 1974 season.  That team would go 7-2 with wins against St. Pius, Desoto, Central, Fredericktown, Ste. Gen, St. Vincent, and Valle in the regular season.  A three point loss to Farmington in Week 7 would see the Raiders and Knights crowned as MAAA conference co-champions,  but the Raiders would once again emerge from the regular season as District Champions.

For the second year in a row, North County squared off with the defending state champion Washington Blue Jays in the Class 3 State Semi-finals, this time with the Raiders playing host.  A strong defensive effort gave the Raiders a 7-6 lead going into the locker room at halftime,  but in the end the Bluejays would once again prevail, defeating the Raiders by a score of 18-7.  With this loss, the Raiders finished the 1974 season as MAAA Co-Conference Champions, Class 3 District 3 Champions, State Semi-finalists, and an overall record of 8-3.

In just the fourth and fifth years of having a Varsity Football Program, these teams and coaches established themselves amongst the football greats with hard work, tenacity, and game intelligence and laid the foundation for the decades of tradition and success that would follow.