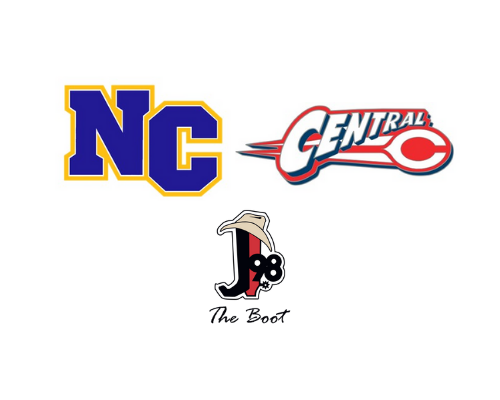 Central jumped out to an early 8-2 lead but the impact of North County’s 6’3 center Kamryn Winch was immediately felt.

North County went on a 13-2 run to end the first quarter leading by five.

The Lady Raiders led 32-22 at the half. Central was able to stay in the game because of their suffocating defense.

Central trailed by seven with three minutes to go in the game but sophomore Khloe Dischbein’s nine fourth quarter points kept her team in reach.

Dischbein finished with 19 points. Central tied the game at 47 but North County broke the press and took back the lead.

The Lady Rebels made it even at 49 with some free throws but North County scored the final four points of the game to seal the win.

Winch was named the Applebee’s of Farmington Player of the Game with 17 points and 25 rebounds. Lady Raiders coach Joe Arnold said her defense impressed him the most.

North County improves to 8-3 and will host Cape Notre Dame on Monday. Central falls to 10-3 and will return to the hardwood Saturday afternoon to play Dexter.