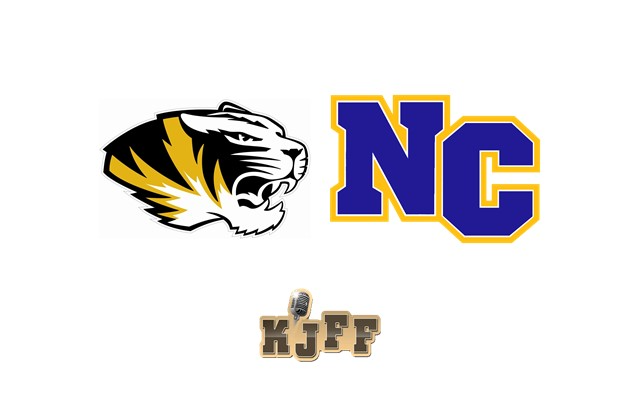 The North County Raiders exploded for one of their best offensive performances of the season in a 77-33 win over the Festus Tigers in the Class 5 District 2 girls’ basketball semifinals Monday night on KJFF.

Trailing 12-0 early and 20-10 after the first quarter, Festus was able to cut the deficit to seven.

But the Tigers would not get any closer, as the Raider stars like junior forward Tyler Conkright came to life.

Conkright scored her game-high 15 points in just the second and third quarters as North County lead by 16 at halftime and never looked back.

Kamryn Winch and Emily Veach had 10 points each, but Raiders head coach Joe Arnold had high praise for sophomore guard Paris Larkin, who poured in 14 points and was the Applebee’s of Farmington Player of the Game.

While the season ends for Festus with a record of 10-8, North County improves to 18-3.

The Raiders will play for the Class 5 district 2 championship against Farmington Thursday night on KREI.