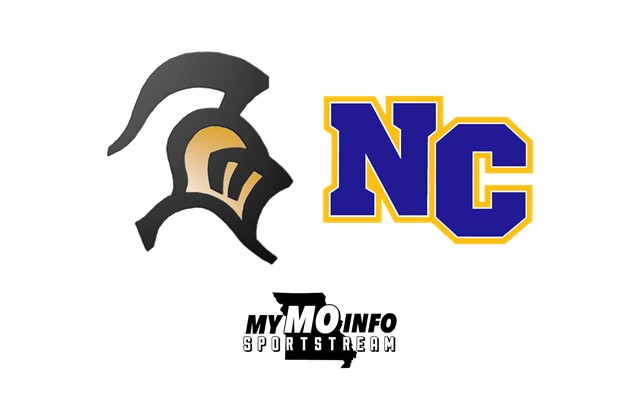 (Bonne Terre) The North County Lady Raiders finished off a 67-38 wire to wire victory over the Farmington Knights tonight on the MyMoInfo SportStream. The Raiders started the game on a 13-0 run. Their suffocating defense and rebounding led to easy transition points.

North County took at 35 to 12 lead in to the locker room at half. Everything seemed to be falling for the Raiders, they finished the night with seven three pointers.

The young Farmington team never found a response to the early avalanche from North County. After the game, Knights head coach Rusty Sancegraw said his team will learn from this and get ready for the MAAA Conference tournament.

Paris Larkin was named our Applebee’s of Farmington Player of the Game finishing with 14 points and playing outstanding defense all night. Kam Winch led all scorers with 17 points. Hannah Politte added 9, all from three point range. Head coach Joe Arnold said a good team has to be able score in four areas.

Farmington falls to 11-5 on the season and will take the court in the MAAA conference tournament next. North County improves to 14-3 and faces Oakville tomorrow before gearing up for the MAAA tournament.