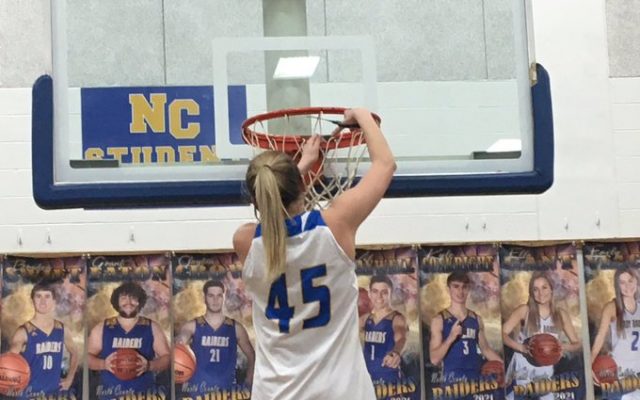 The North County Raiders pulled away down the stretch to claim the Class 5 District 2 girls’ basketball championship from the Farmington Knights Thursday night by a final score of 55-43 on KREI.

Farmington found itself down by eight in the first half, but closed the second quarter with one of its best stretches of ball this season.

But North County turned to star junior forward Kamryn Winch to rally in the second half.

Winch scored 12 of her game-high 21 points and was named the Applebee’s of Farmington Player of the Game.

The Raiders also relied on stingy defense in the second half, holding Farmington just 3 made field goals.

North County wins its third district title in the last seven years and improves to 19-3.

While Farmington’s season ends with a record of 16-8, the Raiders move on to face the Cape Notre Dame Bulldogs Wednesday night on Regional Radio.