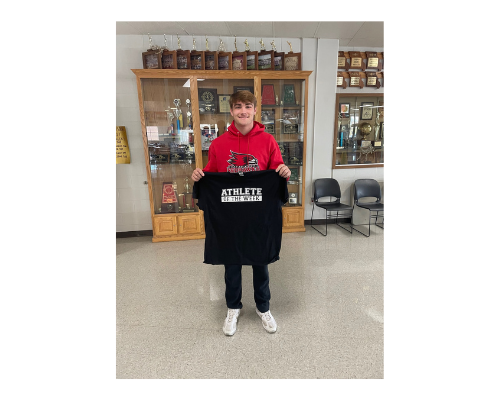 (Bonne Terre) After helping his team to a district championship for the first time in at least 15 years, North County senior Nolan Reed was named the Applebee’s of Farmington Athlete of the Week. The Raider quarterback was 9 of 12 passing the ball for 136 yards and a touchdown and added a rushing score. North County shutout Hillsboro 24-0 to win the Class 4 District 1 Championship. The game was a bit of revenge for the Raiders who lost to Hillsboro back in week four, the only loss for North County this season. Reed tells us how that win felt.

Reed is responsible for 27 total touchdowns this season: 20 rushing and seven through the air. The senior was humble when asked if one of those touchdowns stuck out to him.

North County plays in the Class 4 State Quarterfinals this weekend at home against Vashon. You can hear that game Saturday afternoon starting at 12:30 on J98. As Athlete of the Week, Reed receives a T-shirt, a certificate and a coupon for a free entree at Applebee’s in Farmington.