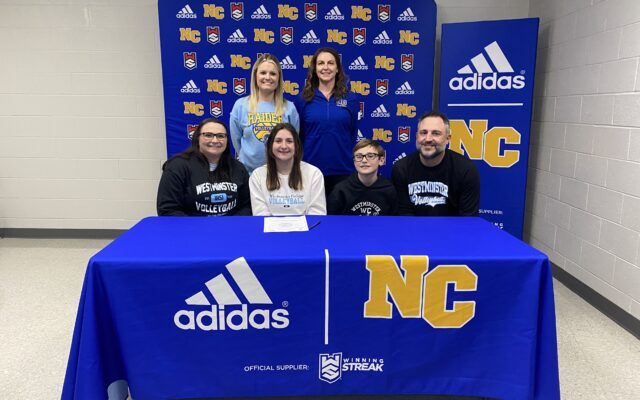 (Bonne Terre) North County Senior Setter Braylee Montgomery signed her national letter of intent to play Division III volleyball for the Westminster Blue Jays next fall. Montgomery says it was an easy decision to go to college in Fulton.

The Raiders finished the season with a record of 22-9-2 and an appearance in the Class 4 District 2 Championship where they fell to St. Pius. Montgomery says it was an honor to share the floor with a special group of seniors.

Montgomery says that the early season was important for her development as a player.

The Raiders senior isn’t just going to Westminster to play volleyball, she already has a plan for what she wants to do after she graduates.

The college volleyball season for Westminster begins in September of this year.