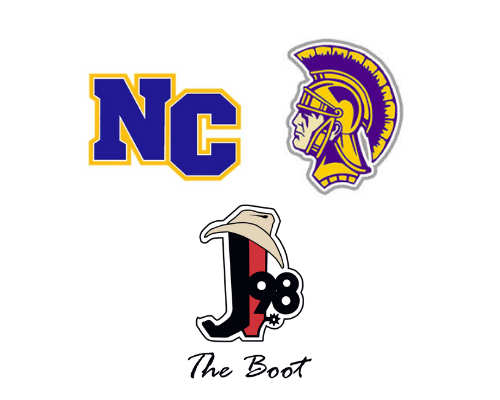 (Potosi) The 3-4 Potosi Trojans host the 6-1 North County Raiders on J-98 Friday night. The Trojans have a stout passing attack led by quarterback Blake Coleman and wide receiver Gavin Portell. The duo have connected for over 750 yards and eight touchdowns this season. North County head coach Brian Jones is looking to one of their former opponents to help prepare for this game.

The Raiders offense averages just under 300 yards-per-game this season. Jones tells us what makes the offense click.

The Trojans had a rough start to the season, losing four of five games with two that came down to the final minute. But they’ve won the last two games including a 14-point comeback win over St. Charles West last week. Wyrick is proud of his teams’ ability to not quit.

North County and Potosi face off Friday night on J-98. The Fliegs Equipment Pregame show starts at 6 with kickoff set for 7.