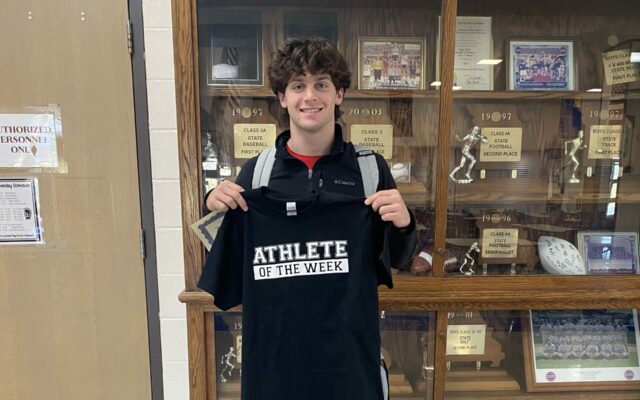 (Bonne Terre) Our first two-time Athlete of the Week for 2021 is none other than star junior runningback Jobe Smith of the North County Raiders. Smith scored six total touchdowns last Saturday against Vashon in the Class 4 State Quarterfinal, two of which came off a 90-yard punt return and a 60-yard interception return. However, the story all season is the big plays that Smith can pick up rushing the football. He says it’s not all him though.

Smith has rushed for 1,861 yards and 27 touchdowns so far this season but also is dangerous in the return game with 646 yards and 6 touchdowns. Smith says he couldn’t do it without some family support.

This Saturday, North County will play in their first Final Four since the district runner-ups in 1997. Smith says it’s exciting to be part of this experience.

The Raiders will host Hannibal Saturday in the Class 4 State Semi-Final on J-98. The Fliegs Equipment Pregame Show is at 12:30 with kickoff scheduled at 1. The winner will punch their ticket to the State Championship game in Columbia. As Athlete of the Week, he receives a T-shirt, a certificate, and a coupon for a free entree at Applebee’s in Farmington.