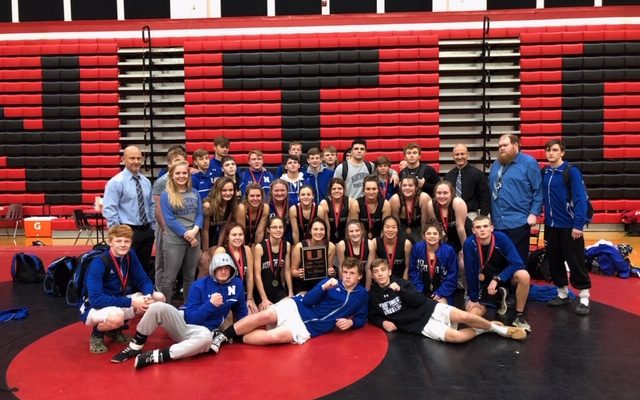 (CEDAR HILL) It’s been a historical season so far for the Northwest wrestling program. The girls, aka the Lionesses, recently beat some top-ranked state wrestling programs according to head coach Ron Wilhelm.

Prior to that, the Lionesses finished 3rd out of 77 teams in the Wonder Woman Tournament, the toughest wrestling tournament in the country. As far as specific wrestlers are concerned, Coach Wilhelm has quite a few that are killing the game.

The Northwest girls wrestling team has never lost a dual meet in its two years of existence, holding a perfect 18-0 record. The historic mark on the boys side of the program involves a conference rival.

Coach Wilhelm singles out senior Chase Stegall to talk about for performances this season and all-time, throwing in the claim that Chase is the best wrestler he’s ever coached.

Other guys shining this season for Northwest wrestling are junior Cannon Newhouse at 145 and junior Johnny Daffron at 182. The Northwest girls have a dual on Saturday against Lebanon, Missouri’s to-ranked girls wrestling team.