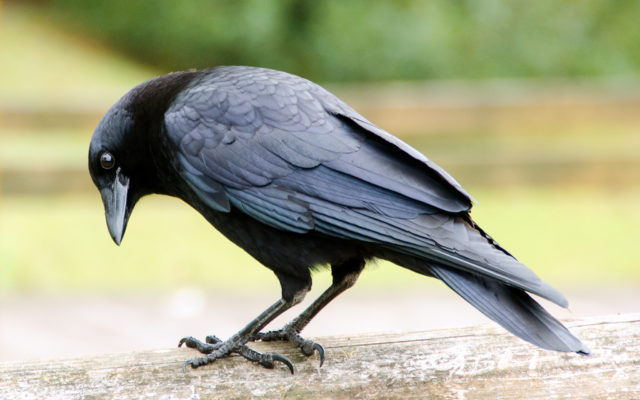 Raven appears to be bowing to an audience from its railing perch.

(Sikeston) A southeast Missouri town is cleaning up more than a thousand dead birds after Monday night’s severe weather.

Many of the birds fell to the ground and died or were injured because they could not recover in flight.

The carcasses of red-winged blackbirds, brown-headed cowbirds, grackles and European starlings were found today in fields near a power plant.