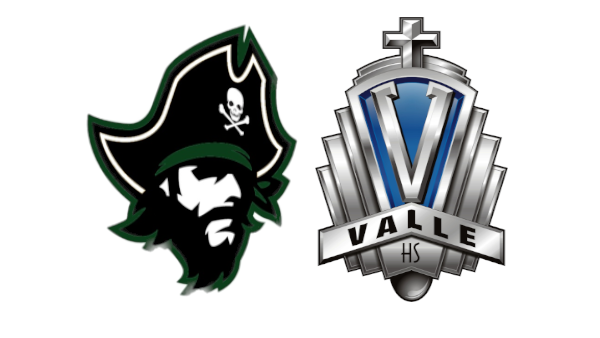 The Perryville Pirates rallied late to earn a 34-30 win at the Valle Catholic Warriors Wednesday night.

Perryville actually had a 9-point lead in the first quarter, but Valle Catholic rallied to tie the game back up.

The Pirates took the lead into halftime in the final seconds of the first half.

Despite the deficit at the break, the Warriors turned around and took a 26-24 lead into the fourth quarter.
Valle led by as much as four before Perryville closed the game on a 10-2 run.
The Pirates put the nail in the coffin with a defensive play from a sophomore guard.
Ciara Ehlers was named Applebee’s Player of the Game and finished with a team-high 9 points.
Pirates head coach Angela Fulton said she preaches resiliency to her team.
Perryville has now won six of its last 8 games and improves to 7-6.
The Pirates are next in action Tuesday night at Sullivan.
Valle Catholic falls to 6-8 and will visit Arcadia Valley Thursday evening.