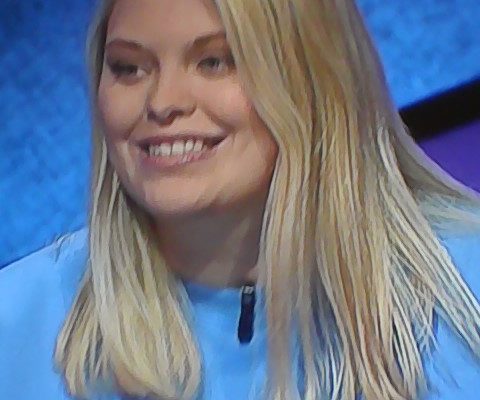 (Hollywood) Londyn Lorenz, a Perryville native, was eliminated from the Jeopardy College Championship Tournament in the semifinal round Tuesday.

She was competing against Joe Crocker a junior at Hendrix College and Nibir Sarma a sophomore from the University of Minnesota.

By the Final Jeopardy question, Lorenz found her way into second place but will not be competing for the championship.

Londyn did win her first round Jeopardy match last week.

She attends the University of Mississippi.

The finals can be watched Thursday and Friday on KSDK Channel 5.