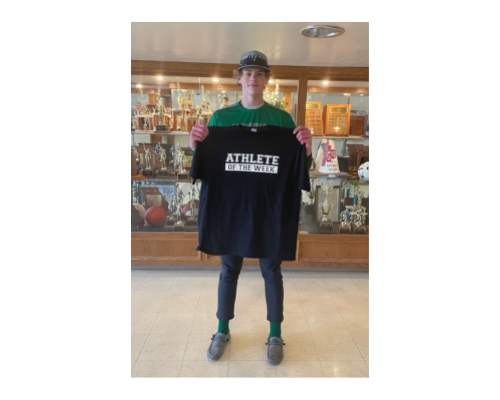 (Perryville) A perfect weekend on the diamond means something was going right for one team. For the Perryville Pirates, it was sophomore Grant Smith who is our Applebee’s of Farmington Athlete of the Week.

Smith helped the Pirates to victories over Scott City and Doniphan last weekend, going a combined 7-for-8 at the plate and pitching 5 2/3 innings with nine strikeouts in the 5-1 win over the Rams. Smith tells us how he approaches an at-bat.

Smith has an arsenal of four pitches with a strong four-seamer.

His other stuff is nasty, too.

Perryville went 3-15 last year. The Pirates are already one win shy of matching that mark just three games into this season.

Perryville lost 15-5 to Ste. Genevieve yesterday afternoon. The 2-1 Pirates will host Cape Notre Dame this Tuesday. As Athlete of the Week, Grant Smith receives a T-shirt, a certificate and a coupon for a free entree at Applebee’s in Farmington.