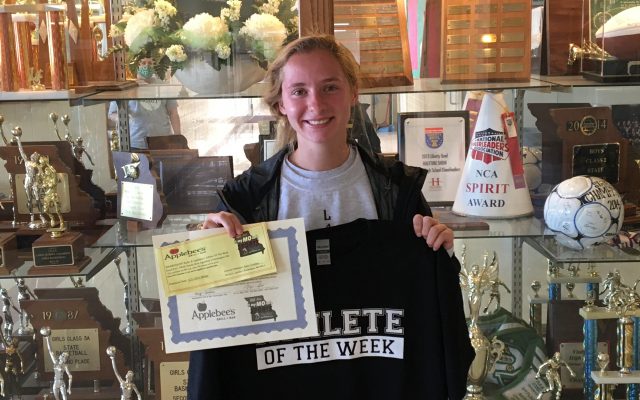 (Perryville) Perryville Pirates junior Leah Buerck is no stranger to being a star in girls’ soccer.

The forward set a single-season school record for goals scored as a freshman, and she can now add Applebee’s of Farmington Athlete of the Week to her growing list of accomplishments.

Eight of the 33 goals Buerck has scored this season came last week during 3 victories for Perryville.

She says being prepared for a difficult and busy schedule has reaped some serious rewards.

She says she knew she had to summon a top performance in a key game.

But as good as she’s been on the pitch, Buerck says it’s not possible without her team, on and off the field.

Buerck is only 7 goals away from breaking her school record for single-season goals.

She has lead Perryville to an 11-4-2 record and a number-five ranking in the state in Class 2.

As Athlete of the Week, she receives a T-shirt, a certificate and a coupon good for one free entree at Applebee’s in Farmington.

To hear the full interview with Leah Buerck, click play below.