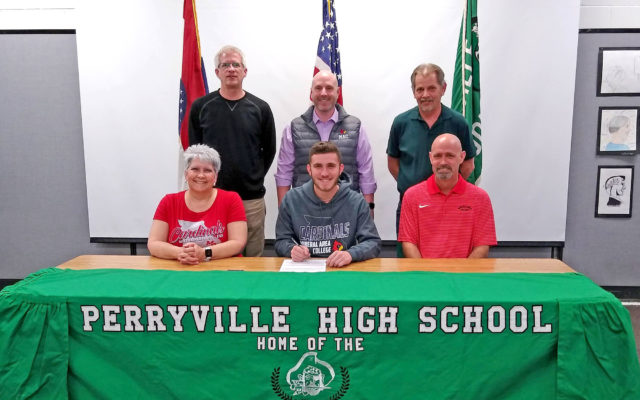 (Perryville, Mo.) A talented defensive player for the Perryville Pirates soccer team, Ethan Hadler signed this week to continue his playing career next year with the Mineral Area College.

Hadler says he was initially unsure about playing college soccer, but once he decided that was what he wanted to do, MAC was a great fit.

Hadler was primarily a center back for the Pirates but can play any defensive position on the pitch.

He says he loves being the last line of defense guarding against opposing strikers.

A three-year starter with the Perryville soccer team, Hadler says he loved getting the chance to play for the Pirates.