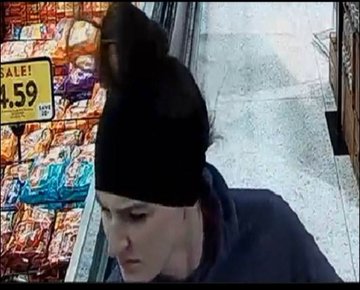 (Imperial) Jefferson County police have released a photo of a woman they say matches the description of a suspect who stabbed a taxi driver in the Imperial area.

The cab driver picked up a woman in St. Louis County late Tuesday night and she asked to be taken to Imperial.

When they got there, police say she stabbed the driver 10 to 12 times.

The cabby ran away to call for help while she stole his cab.

The woman is still at large but photos were captured inside a grocery store.

The taxi driver’s wounds are not life-threatening.

If you know the identity of the woman in the picture or her whereabouts, call the Jefferson County Detective Bureau at 636-797-5515.