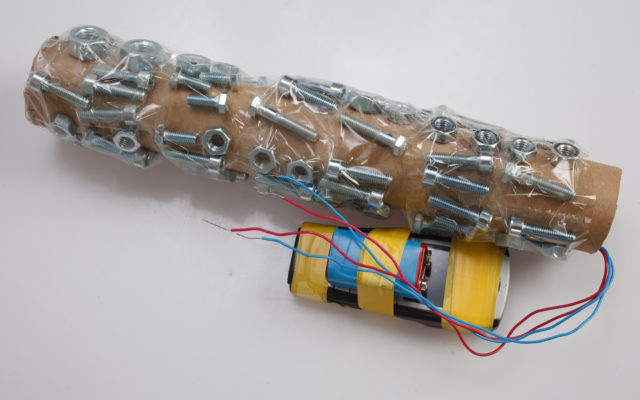 (Potosi) A pipe bomb was discovered by police in a Potosi home on March 2nd.

According to the Independent Journal, Potosi police spotted the pipe bomb while assisting paramedics who had been called to the home at 116 Oak Street.

A search warrant was obtained, police blocked neighboring streets and kept traffic at bay until the Missouri State Highway Patrol Bomb Squad arrived to disarm and remove the explosive device.

The bomb squad said the pipe bomb was live.

After the bomb was taken care of, 56-year-old Melvin Saunders of Potosi was arrested and charged with unlawful possession, transport, manufacture, repair or sale of an illegal weapon.

Saunders’ bond was originally set at 40-thousand dollars but was reduced to 30-thousand.

He will have a hearing Tuesday at the Washington County courthouse in Potosi.