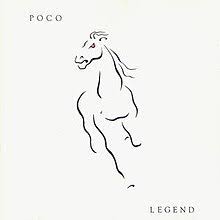 (Pucky Huddle) The lead singer of the country-rock group Poco is being remembered as a once-in-a-lifetime musician.

Rusty Young died Wednesday of a heart attack at his home in Pucky Huddle in southern Crawford County.

He helped create Poco in 1968 and is best known for the hit “Crazy Love.”

Poco was still touring as of last year until the pandemic put their shows on pause.

The other co-founder of Poco, Richie Furay, says the 75-year-old Young was an innovator on the steel guitar and will be deeply missed.

Rusty Young and his wife moved to Pucky Huddle well over a decade ago.

He built a log home on a bluff overlooking the Huzzah Creek.

After moving to Crawford County, Young would gather with some fellow musicians on occasion and would invite a few locals over to listen to them play music.

Young and Poco also put on local shows at the 2011 Old Miners Days celebration in Viburnum and they played several times at Wildwood Springs Lodge in Steelville.