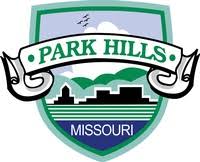 This topic was discussed at this week’s city council meeting according to City Administrator Mark McFarland.

And the old Park Hills City Pool at Columbia Park had a great run but after this summer, McFarland says the pool will probably go into retirement.

I In other news from this week’s Park Hills City Council meeting, water deposits were officially increased and the council gave the O.,K. to Lead Belt Materials to do paving works on some parking lots and streets in town.
Connect With Us Listen To Us On