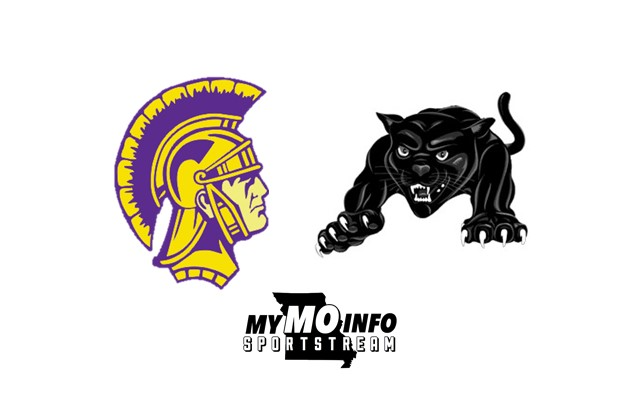 (Fredericktown) A last-minute cancellation on Thursday afternoon for both teams finds the Potosi Trojans traveling to Fredericktown to take on the Blackcats for the second time this season on the MyMoInfo SportStream.

The Trojans have won six straight against the Blackcats but the games in recent years have been close with two out of the last three being decided by one score.

However, when these teams met back on September 11th it was more one-sided as Potosi won at home 28-6.

Even though this will be their second matchup of the season, both teams will look very different tonight.

In their first meeting, Fredericktown was without key playmaker Malachi Kyle, and Potosi was without senior quarterback Andrew Coleman due to quarantine.

Fortunately for Potosi, they had a second Coleman available – sophomore Blake Coleman, younger brother of Andrew, got the start and had himself a game.

With both teams back at full strength tonight and Fredericktown playing their homecoming game, things could be different.

The Blackcats are 1-4 but have been playing better football as of late.

Following a two-week quarantine, Fredericktown put up 26 points in a loss to St. Vincent – their second-highest output of the season.

They followed that by taking an early lead against Central last week on a 77-yard touchdown run by Kyle and kept it close early against the undefeated and previously state-ranked Rebels.

The key for the Blackcats will be how well the offense performs throughout the entire game – not just early – as they have scored seven points or less in three of their four losses.

The 4-3 Trojans come into tonight’s game playing their best football of the season on the offensive side.

Scoring that many points in consecutive weeks is great for any team, but it’s even more significant when you consider that the Trojans’ 95 points in two games is 36 more points than they scored over the first five weeks combined.

Notably this week Potosi looks to get their first road win of the year.

The Trojans are 0-3 and have averaged just six points per game away from home – although they have faced the likes of Farmington, Ste. Genevieve, and Central.

Coverage of Potosi at Fredericktown begins at six with the Flieg’s Equipment Pregame Show with kickoff at seven on the MyMoInfo SportStream.