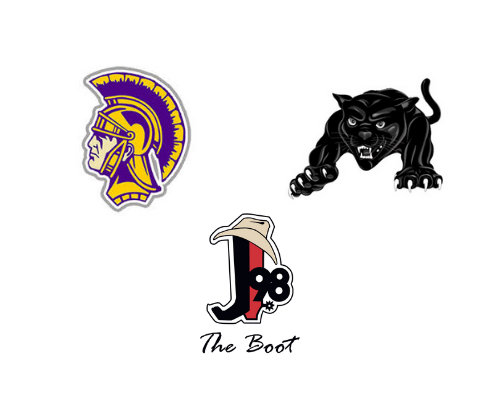 (Fredericktown) The Potosi Trojans head to Fredericktown Friday night for a meeting with the Blackcats on J-98. Both teams come into this game with an 0-2 record, but the start to their seasons has hardly been the same. The Trojans dropped their first couple games by a combined nine points and were held up by a goal-line stand in the final seconds against Farmington last Friday. Potosi head coach Dylan Wyrick says little mistakes have been costing his team wins.

Fredericktown, meanwhile, has been outscored 77-14 in their first two games. The Blackcats had a chance to beat Hermann last week but also felt the wrath of mistakes late in the game. Fredericktown head coach Jake Whitener wanted that win for his team, but he says this season is about more than wins and losses.

Potosi got the better of Fredericktown twice last season and the Trojans have won seven consecutive games in the series. Friday’s Fliegs Equipment Pregame Show starts at 6 with kickoff set for 7 on J-98 The Boot.