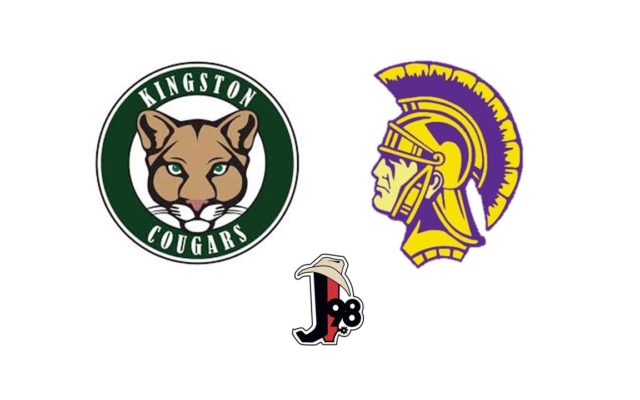 (Cadet, Mo.) The Potosi Trojans traveled to Cadet to take on the Kingston Cougars tonight in baseball and left with a 6-3 victory on J98. Both starting pitchers came out strong in the first two innings with no one crossing the plate until the top of third when Ryker Walton helped himself out on the mound getting the scoring started for the Trojans.

Walton was named our Applebee’s of Farmington Player of the Game after throwing the first three innings with six strikeouts. He also tacked on a double and a run scored on the offensive side of the ball.

Potosi led the whole game, but Kingston was in striking distance after the 6th inning when they got within one run at 4-3. The Trojans answered the call once more and tacked on two more runs starting with Blake Missey sending one out to right field.

The Trojans toppled the Cougars 6-3 in their first game this summer. Kingston did have bases loaded and no outs in the bottom of the sixth only down two runs, but head coach Steve McCoy of the Trojans was able to settle down Cory Emily on the mound.