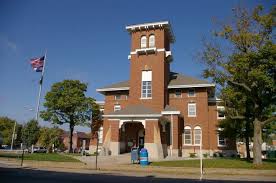 (Potosi) A Potosi man received a 10-year prison sentence in Washington County after making an Alford Plea of guilty to a Class C child molestation felony.

37-year-old William Taft Skaggs was accused of raping a child and several other similar acts.

Reports say the Multi-County Narcotics and Violent Crimes Enforcement Unit began investigating a rape and sodomy case of a child against Skaggs back in August of 2020.

In an interview, the victim told investigators Skaggs had sex with her, he also attempted to undress the victim and touch her inappropriately on numerous occasions.

Skaggs’ 10-year sentence will run concurrent with a 7-year sentence he received in an unrelated charge of 2nd degree domestic assault.

Skaggs also used the Alford Plea in that case.