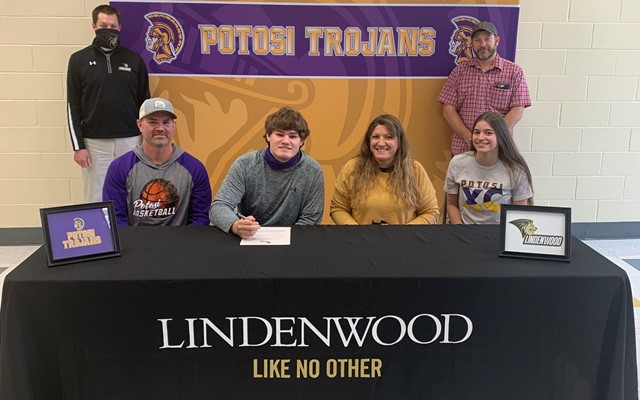 (Potosi) Potosi senior Bryce Reed signed to continue his athletic career at Lindenwood University, but he won’t be playing football or basketball. Bryce is a bowler and has been for a very long time.

Reed has been very successful in his bowling career, he and his teammates have won the local Potosi league for the last 9 years. Bryce fell in love with bowling not long after getting into the sport. When he started to get good he began to wonder where the sport could take him.

Reed’s top score for a game is 299 just one point shy of a perfect game. We asked him about that the game.

Bryce hopes to become a professional bowler and knows the road there takes a lot of work. For now, he is focusing on bowling well at Lindenwood. He said he hopes to bowl the perfect game before getting to college. Lindenwood finished ranked eighth in last years final National Collegiate Bowling Coaches Association men’s poll.