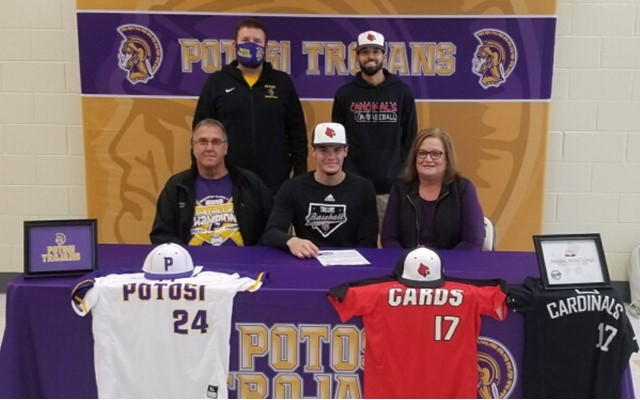 (Potosi) Potosi senior Ryker Walton signed to continue his baseball career after his time at Potosi comes to a close. Walton decided he would become a Cardinal at Mineral Area College where he will join the pitching staff. Walton said he’s lucky to get the opportunity to play at the next level. The Trojans lost the 2020 baseball season because of COVID and Walton says that made it difficult to be seen.

He chose MAC for many different reasons but he says there is one thing that made him confident is his choice.

Walton says he has been hard at work in the gym and in the bullpen to get better to make an impact on the Cardinal’s roster as soon as possible. Trojan baseball takes on Cape Central March 20th in their season opener. MAC baseball begins their 2021 season on February 5th against San Jacinto College-North.