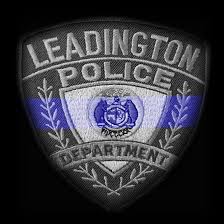 The city of Leadington has a new police chief. Deputy chief Erik Powers was officially promoted at the most recent board of alderman.

Powers takes over the position after leading the department since July, when then-chief Dustin McKinney resigned. Allegations later surfaced of abuse of his position and spending city money on non-work related purchases.

The position of mayor is still open in Leadington.

Mayor pro tem Debra Matthews is holding the position in the interim until this April’s election.