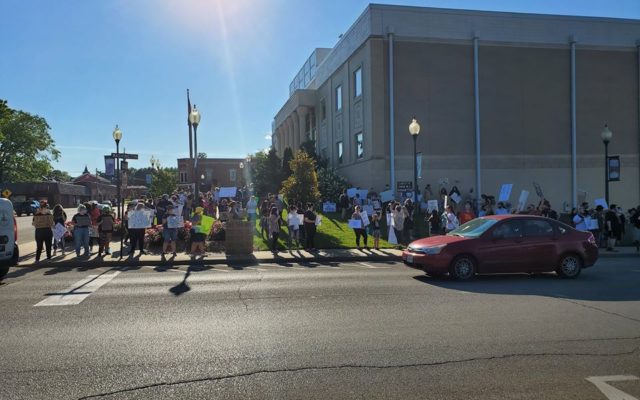 (Farmington) People gathered at the St. Francois County courthouse today in protest of police brutality and injustice against the African American community. Janie Jacks organized the protest and she says it’s meant to be peaceful and for people to express their thoughts as one group together.

We asked Jacks why she got involved…

Farmington Police Chief Rick Baker says he supports the group’s right to protest and the police have a responsibility to protect everyone involved.

Baker said the protest is under control but plans are in place should anything go wrong.

The protest grew to around 150 people during the 6:00 hour at the St. Francois County Courthouse.