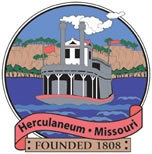 (Herculaneum) A public meeting was held on Tuesday night at the Herculaneum High School Theater to give more information on a proposed Love’s truck stop being built in town.

There was a representative from Love’s at the meeting answering questions submitted by town residents.

Herculaneum City Administrator Jim Kasten says it was an informative meeting with about 70-75 residents in attendance.

The location site of the proposed truck stop is on 28 acres west of I-55 and north of the roundabout at McNutt Street and Providence Way.

We asked Kasten what were the common concerns or questions from citizens.

Kasten wanted to thank all the residents that showed up to the meeting as well as Alex Schwent who helped facilitate and the Dunklin School District for allowing the meeting to be held at the high school.

The representative from Love’s noted all the questions and was going to submit everything back for further examination on the businesses end to see if any tweaks were needed to the proposed building plans.

When Love’s submits its finalized building plans, city inspectors will overview the plans and if that gets the green light the city’s Planning and Zoning Board will vote on and send its recommendation to the Herculaneum City Board of Alderman.

An exact date on when the Planning and Zoning meeting will be held regarding the Love’s truck stop proposed build is unknown at this time.