Raider Senior Kate Jones Talks On Being Athlete Of The Week 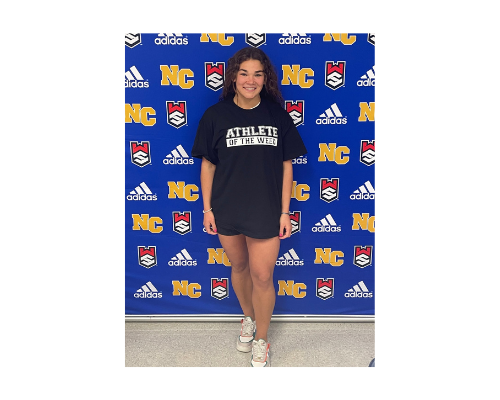 (Bonne Terre) North County senior Kate Jones has had a phenomenal start to her pole vaulting season and in turn was named our Applebee’s of Farmington Athlete of the Week. Jones has yet to be beaten this season, winning the vault at the Raider Relays in Bonne Terre, the Rebel Relays in Park Hills and the Old Settlement Invitational in Ste. Genevieve.

Jones took us back to when she first got into pole vaulting.

Jones also played tennis for North County and was as a state runner-up in girls’ doubles along with Lucy Pate. They were defeated by teammates Lauren and Hannah Politte in the Class One State championship match this season. Jones says playing tennis has helped her in the vault.

Jones’ most recent victory came after she cleared 2.75 meters, or just over nine feet, but her ultimate goal is to clear 10 feet.

Jones has had a lot of support throughout her career but her biggest supporter may be her father, North County football coach Brian Jones.

As Athlete of the Week, Jones receives a certificate and a coupon for a free entree at Applebee’s in Farmington.