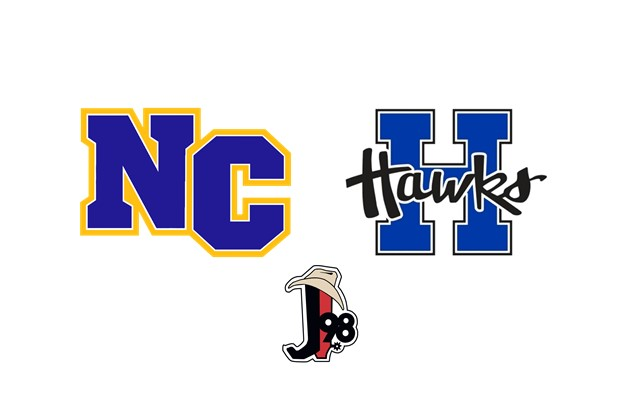 (Hillsboro) It’s a cross-county matchup tonight on J98 as the North County Raiders take the trip up to Jefferson County to square off with the Hillsboro Hawks.

These two teams have met 12 times since 2010 with Hillsboro holding an 8-4 series lead in that span.

The Raiders are now 2-1 on the season and are coming off a 62-0 beat down of the DeSoto Dragons.

North County head coach Brian Jones says he loves the way his team is playing on the defensive side of the ball.

Jones tells us what his team needs to do well to win tonight’s game.

Hillsboro improved to 1-2 after an impressive 47-20 victory over Cape Central this past Friday.

Last week’s win marked the first for Sucharski as the new head coach of Hillsboro football.

He says the play in the trenches will be key for his team to get that second win of the season against North County.

Coverage of the North County at Hillsboro football game will begin at 6 with the Flieg’s Equipment Pregame Show with kickoff at 7 on 98.5 FM, J98.