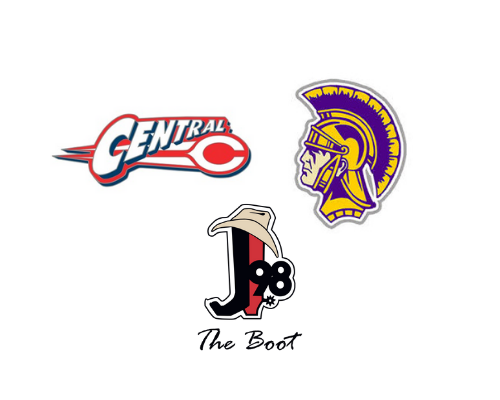 (Potosi) Homecoming week for the Potosi Trojans will be capped off with a football game against the Central Rebels Friday night on J-98. The 1-3 Trojans are coming off a loss to Ste. Genevieve last Friday, but they also lost one of their best players to injury in that game. Senior Blake Henson went down late in the game and is expected to be out for this game, but Potosi head coach Dylan Wyrick has a lot of depth on his team.

Replacing your team’s leading rusher is a challenge, but trying to stop a Central offense averaging 60 points a game this season is a whole other equation.

That’s Central head coach Kory Schweiss. The Rebel’s offensive numbers are otherworldly when you look at them, but they have yet to allow a point in either of their three wins.

Central at Potosi will air on J-98 Friday night at 7. The Fliegs Equipment Pregame Show starts at 6.