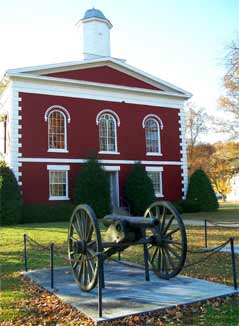 (Ironton) After the unexpected resignation of Iron County Clerk Stephanie Lebron right after the August primary election, there was some uncertainty in regards to that office with two more elections looming and no one officially in charge of that office.

However, county residents can rest easy as Governor Parson appointed Marsha Womble of Middlebrook to fill the remaining portion of Lebron’s term as county clerk.

Womble has worked many years in the Iron County clerk’s office and already knew most aspects about that job.

The first election Womble will deal with is a redo of the Iron County Republican sheriff’s primary after Judge Kelly Parker ruled several irregularities were found and he ordered a redo of that race.

The judge made this ruling after current Sheriff Roger Medley filed a petition in court about that primary race.

September 22nd is also the first day you are allowed to vote absentee for the November 3rd election.

But Womble says Iron County residents will not be able to vote absentee until possibly a week after the 22nd. She explains why.

Before Sheriff Medley filed the petition, Burkett was the winner of the flawed election.

He had beaten Medley by 73 votes.

The winner of the Republican primary for Iron County sheriff on the 22nd will take on independent candidate Herschel Shipman in the general election on November 3rd.