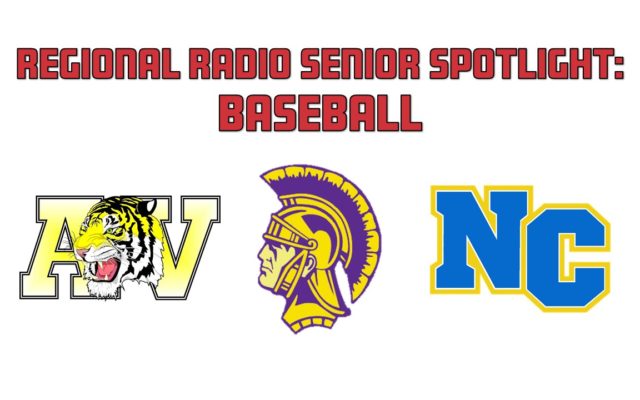 Pursley would’ve been a four year starter for the Tigers baseball program this year. He understands the game at a high level and has been a brick wall behind the plate as a catcher for Arcadia Valley in his time. However, he also completes the battery from the pitcher’s mound as a regular starter in Ironton. Pursley is attending Drury University in the fall and will baseball there as well. He’s already been told that he will have the opportunity to play both catcher and pitch and see how it goes. This all goes without mentioning that he batted .477 in the fall with 18 runs batted in and one ball that fell beyond the fence.

Rea would’ve been a four year starter for the Tigers baseball program this year. Arcadia Valley really stresses the importance of caring for others and he did that as well as everybody. Rea was able to turn the momentum of a game with one swing of the bat or one play in the field. His head coach John Inman said there was never a ball he didn’t think Corbin couldn’t get to. He always had a smile on his face, but he could be an absolute competitor as he had a game this fall with 14 strikeouts on the mound and a home run at the plate.

McBride was a multi sport athlete and actually bounced back and forth between golf and baseball a few times throughout his tenure with Arcadia Valley. However, he had a great fall for the Tigers batting .250 with 8 runs batted in and one home run. He was a player who worked incredibly hard and brought a lot of power to the Tigers line up.

Pannebecker would have been a first year player for the Tigers this year after taking some time off from playing baseball. Coach Inman said he had been trying to get Logan to come out every year because of how gritty he is and how hard he works. He played in a few games in early spring and in the jamboree and had great at bats and was a great teammate for the Tigers. It was not unusual to see Logan take a pitcher to 11 and 12 pitches deep into an at bat. He plans to attend State Tech this fall.

McCaul would’ve earn some varsity playing time this year for the Trojans as a senior. He’s been in the Potosi baseball program since his 7th grade year and has been a great leader and teammate ever since. Lewie was the type of player to stay after practice and get extra work in on the field and in the cage and would constantly ask his coaches what he can do to get better and what he needs to work on. Coach McCoy says one of his biggest leadership qualities was being to able to keep it loose in the dugout and be able to laugh at himself. He would have been an Academic All State recipient this season and will attend Missorui S&T in the fall to study Civil Engineering.

Mallow would’ve been a four year starter for the North County Raiders this season and was going to move into center field for the first time after having playing right field for the majority of his three previous years. He was a tremendous hitter as he batted over .400 with 23 runs batted in and a home run last season. Layton also got the job done on the mound as one of the Raiders better pitchers the past few years. He will continue playing baseball somewhere in the fall, but has not decided between MAC, JeffCo and Wabash. However, he has been told he may get the opportunity to be a two way player as a pitcher and outfielder in college.

Murray played his first two seasons with the Raiders on the JV squad and did not play his junior season, so this year would’ve been the first year as a varsity starter for the Raiders. He was solid southpaw that would’ve come out of the bullpen to face off against lefty batters to try and sit them down when needed. He had a promising winter as head coach Daniel Harris said he expected big things out of Layne this season.

Pogue is what coach Harris calls a “utility outfielder” in the sense that he could throw him in all three outfield spots and he knew Pogue would be able to get the job done. Brayden also had a great winter and early spring season this year fighting for a starting spot in right field, but coach Harris also said that Pogue may have been their 2nd or 3rd starting pitcher when the season began had it not been cancelled. He is a player that will always keep you in check even in simple things like going down to the bullpen and warming up a pitcher he could be counted on.

Dunn had a tremendous end to last season as he came into a tough spot against Ste. Genevieve in the district title game and was able to get out of the squeeze and coach Harris believes he would’ve brought that momentum into the start of this season on the mound. Dunn was the Raiders number 2 pitcher on the mound and was also fighting for a spot in the outfield along with a few other seniors and underclassmen.

Tyler was a great teammate and everyone loved having him on the team. Coach Harris says he’s a great guy to have on the team because he always shows up and gives 100% no matter what and that feeds off to everyone on the team as well. Nick was able to put some more velocity on his fastball over the winter and would’ve had a similar role to Layne Murray as he is also a southpaw and would’ve come out of the bullpen to go up against left handed batters. Tyler is also a great dugout guy that always kept the morale of the team high.

Murphy had played shortstop the last few seasons on the JV squad for the Raiders, but had earned the starting 3rd basemen job on the varsity squad this season. He also could play 2nd base if need be, but coach Harris says he was very impressed by how Tyler was holding the hot corner over the winter and in early spring workouts.