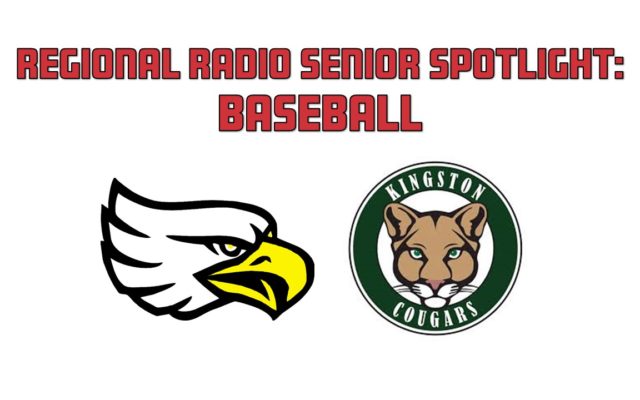 Mollard would have been a four-year starter for the Grandview baseball team this spring and was a staple of the program from the time he walked on campus. He lives and breathes baseball and was poised for another monster season for the Eagles. Mollard is a sweet-swinging left-handed hitter who also has a lively arm on the mound. This past season, he hit .455 with a .556 on-base percentage, a homerun, 12 RBI, and 13 runs scored. Mollard was also a two-time All-Conference selection. He is currently undecided on his plans for after graduation but is considering continuing his baseball career.

Barker would have been a returning player for the Eagles this spring after having taken off this past season to work and focus on motocross. He was an incredibly hard worker who has the mentality to run through a brick wall for his coaches and teammates. Barker was a strong defender who was not afraid to get in front of the baseball and knock it down. He improved his hitting over the years and would have been a key contributor on the mound this season as well.

Combs was joining the Grandview baseball team for the first time this spring and worked hard to get up to speed. He took instruction well and was determined to develop as a player throughout this offseason. Combs showed promise as an outfielder and was learning the position well. His teammates were always there to pick him up and help him out and make him a part of the Eagles’ baseball family.

Jessen was a returning starter for the Kingston baseball team this spring and had been one of the team’s top pitchers since his freshman season. He drew many big assignments on the mound and was a reliable pitcher who you knew was going to give everything he had to keep his team in the ball game. Jessen battled some injuries this past season but was poised to make a big return to the hill in 2020. He was also a talented infielder and could be found in the middle of the order for the Cougars. Jessen was a three-time All-Conference and All-District selection. He was also a member of the Kingston basketball team. Jessen will be attending Mineral Area College in the fall where he will be a member of the Cardinals baseball team and will study biochemistry to go into orthopedics.

Gildehaus was a returning player for the Cougars this spring and grinded his way to earning varsity time over the past few seasons. He was always working hard and learned several new positions as a way to get himself into the lineup early on in his career. Gildehaus continued to develop as a hitter throughout his time at Kingston and came on strong with the bat this past season. He was a great teammate who was always there to support and pick up the other guys on the team. Gildehaus was also a member of the Kingston basketball team. He plans to attend Jefferson College in the fall where he will study to pursue a career with the Sheet Metals Union.

Reando was a returning player for the Kingston baseball team this spring and was always there to give the team a laugh. He worked hard to earn his playing time and came on strong last season. Reando was poised for a big season this year after having developed as a hitter over the past few years. He was going to be a big bat for the Cougars who would have been asked to produce a lot of offense. Reando was also a member of the Kingston basketball and archery teams. He will be attending Missouri S&T in the fall to study electrical engineering.

Barton was a returning player for the Cougars this spring and took advantage of every opportunity he got on the field. He moved around the diamond a lot and was a versatile player who had the athleticism to play multiple positions. Barton was also in position to be a big arm in the Kingston pitching staff this year. He was a great teammate and was the type of player who was willing to do anything to help the team win. Barton was also a member of the Kingston archery team and qualified for state and nationals this year. He plans to attend Mineral Area College in the fall to study business management before enrolling in taxidermy school.

Vandergriff would have been a returning multi-year starter for the Kingston baseball team this spring and anchored the defense behind the plate. He had a great presence behind the dish and commanded the pitching staff well while also being in complete control of the running game on the basepaths. Vandergriff was also the table setter of the offense, frequently slotted in the leadoff spot in the lineup. He would have continued to be a big pitcher for the Cougars this year as well. Vandergriff was also a member of the Kingston basketball and archery teams. He plans to join the workforce after graduation with the goal of becoming a lineman.

Ficken was a returning player for the Cougars this spring and was one of the team’s most improved players in recent years. He always worked hard and had developed into a solid offensive player. Ficken earned the playing time he got as he put in the time at practice to prepare himself for a varsity role. He will graduate near the top of the Kingston class of 2020. Ficken was also a member of the Kingston archery team. He plans to study to become an insurance salesman after graduation to eventually go into flipping houses.

Everett was a returning four-year player for the Kingston baseball team this spring and was the type of player who gave everything he had each and every day. He brought a blue-collar work ethic to the field and always kept his nose to the grindstone. Everett was a great teammate was well, always picking up the rest of the group. He had a great sense of humor and could get the team laughing. Everett was also a member of the Kingston basketball team. He plans on joining the family business after graduation at Everett Plumbing.