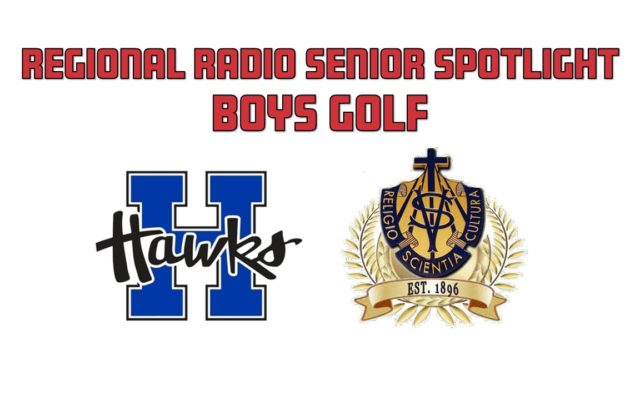 Worley was going to be a returning player for the Hillsboro boys golf team and would have had a key role on the team this spring. He would have been one of the team’s most consistent golfers this season and would have competed for a spot in the District Tournament. Worley was a prime example of a player getting better by just going out and playing the game. He was one of the team’s most improved returning players and brought a great attitude to the course every time out. He always showed up eager to learn and excited to play. Worley plans to play basketball in college but is currently undecided on where he will attend school.

Bohnert was a four-year varsity player with the St. Vincent golf team and was one of the most talented golfers in the area. He is passionate about the game and works at it year-round. Bohnert improved by leaps and bounds year by year and it culminated with a fantastic junior season. Last year he won the JCAA Conference Tournament, took 6th place in the District Tournament, finished 7th in the Sectional Tournament, placed 22nd at the State Tournament, and was named the St. Vincent Team MVP. Bohnert finished his time with the Indians with a nine-hole average of 42.

Brickhaus would have been a four-year varsity player with the Indians golf team this spring and has been a staple of the program since his freshman year. He has been around the game of golf his whole life and was supremely talented. In 2019, Brickhaus placed 3rd in the JCAA Conference Tournament, took 7th in the District Tournament, and won 110% and Scholar Athlete team awards. He was also a member of the Indians basketball team. Brickhaus finished his career at St. Vincent with a nine-hole average of 44.

Mingione was a returning varsity player for the St. Vincent golf team this spring and would have been a key contributor once again. He was a fun guy to be around on the course and knew how to keep things light. Mingione made a significant improvement from his sophomore year to his junior year and had everything come together for him this past season. In 2019, he finished in 10th place at the JCAA Conference Tournament, took 14th place in the District Tournament, and earned the St. Vincent Most Improved Player team award. Mingione finished his tenure with the Indians with a nine-hole average of 47.

Guyot was a two-year returning player for the Indians golf team this spring and was looking to take on an even bigger impact role this season. He saw some time on varsity in 2019 and was eager for the opportunity to compete for more in 2020. He had an excellent swing and could hit the golf ball a country mile.

Harold was joining the St. Vincent golf team for the first time this spring but showed a lot of promise in the early season practices. He had raw talent on the golf course and was a confident and naturally talented player. Harold was also a member of the St. Vincent football and basketball teams.