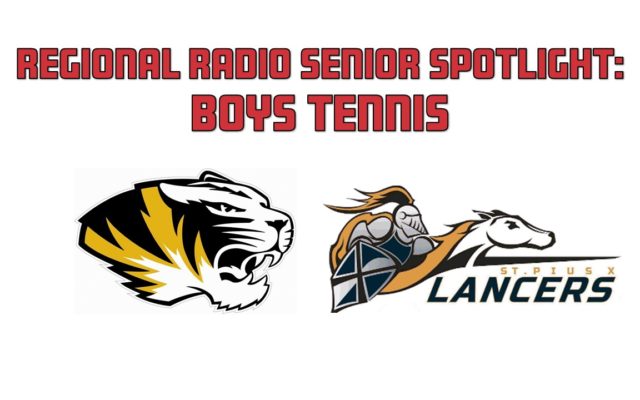 Meyers would have been a four-year varsity player for the Festus tennis team this year and was able to beat most of the boys she played throughout her time with the Tigers. She was a contributor to the varsity team from the time she was a freshman and always brought a positive attitude to the court. Meyers was a dependable player for the Tigers and was an exceptional teammate, particularly when it came to helping the underclassmen. She plans to attend Jefferson College to study business management.

Smith was going to be a four-year player for the Tigers and would have been a three-year varsity player. She showed tremendous improvement this offseason and was always a fun player to have around. Smith stepped up late in the season and took advantage of the opportunity to play in the Conference and District tournaments. She will be attending Westminster College to pursue a career in the medical field and become a pathologist.

Jones would have been a three-year player for the Festus tennis team this spring after taking off this past season to focus on her musical talents. She had good, quick movement on the court and showed a lot of promise heading into this season. Jones has a great personality, always kept things light, and made sure everyone was having fun at practice. She will be attending Missouri State University to study biology with plans to attend dental school.

Cooper was going to be a three-year player for the Tigers and had been with the varsity team for the past two seasons. She was always a loud and lively player on the court and had shown a lot of improvement in the practices to begin the season. Cooper always lifted her teammates up with her excitement and expression. She plans to receive her firefighting and EMT license before attending Missouri State University to study to become a nurse practitioner in the emergency department.

Verzola went 21-3 in varsity singles matches during his career. He was a member of the 2019 & 2018 Team District champion teams, and he finished 4th place in District Doubles with Paul Borrego. Verzola also won the JCAA Doubles tournament with Paul Borrego and was coming off an undefeated regular season in 2019. Gabe will be attending Webster University in the fall on a full 4 year scholarship and studying Management Information Systems.

Menendez finished with 39 wins and 9 losses in the 3 years on the team, including playing a few varsity matches his junior year. He would have been a top 4 varsity player his senior year. Ben will be attending Truman State in the fall to study computer sciences.

Fehlker-Campbell won 42 matches and only lost 4 in 3 years on the team, all on JV. He finished with an undefeated season in 2018. Noah will be attending Jefferson College in the fall and studying computer sciences.

This would have been Romano’s first year on the team. He will be attending Missouri S&T in the fall and studying environment engineering.