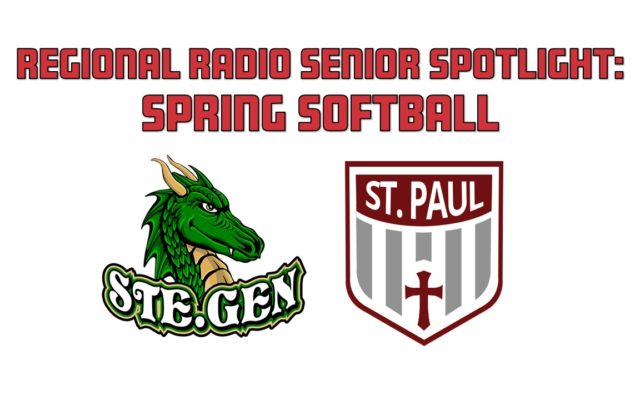 Huber would have been a four-year starter for the Ste. Genevieve softball team this spring and was one of the team’s top players from the time she stepped on campus. She is a student of the game who was always eager to listen and learn. Huber was the type of player who always knew the situation on the field and how to make the right play. This past season she was named All-Conference, All-District, All-Region, and Academic All-State. Huber finished her career with a .403 batting average, 21 doubles, 9 homeruns, 85 RBI, and 71 runs scored. In the circle she compiled 327 2/3 innings pitched, 34 wins, 253 strikeouts, and a 4.59 ERA. Huber will be attending Mineral Area College in the fall where she will play for the softball team and study elementary education.

Bova was a returning player for the Dragons softball team this spring and was a leader for Ste. Gen behind the dish. She initially came up and filled in due to injuries and developed into a stalwart as the pitching staff’s battery mate. Bova excelled at commanding the strike zone as the team’s catcher and kept the pitchers calm and under control throughout the game. She always knew how to keep things light and made playing the game fun. Bova finished her career with a .333 batting average, 21 RBI, and 30 runs scored. This past season she was named All-Conference, All-District, and Academic All-State. Bova plans to attend Columba College in the fall to study marketing and psychology.

Beck was a returning player for the Ste. Genevieve softball team this spring and was one of the team’s fastest and most versatile players. She finished her career in the outfield but had the athleticism to play the infield as well. Beck utilized her speed in the outfield but also was a big threat for the Dragons on the basepaths. She finished her career with a .280 batting average, 13 stolen bases, 6 RBI, and 8 runs scored. Beck plans to attend Murray State University in the fall where she will study nursing.

Irwin was a returning player for the Dragons softball team this spring and was a key contributor to the team’s success over the past few seasons. She was a vocal leader for the group and would always help direct traffic in the outfield. Irwin was a hard worker who was a student of the game and was consistently looking to improve. She developed into one of the team’s top offensive threats in 2019. Irwin finished her career with a .315 batting average, 3 homeruns, 17 RBI, and 44 runs scored. She plans to attend Mineral Area College in the fall but is undecided on a major.

Robbs would have been a four-year player for the St. Paul softball team this spring and has been a staple of the program throughout her time with the Giants. She has a big heart and always exhibited dedication to the team and a perseverance to overcome adversity. Robbs set a terrific example for the rest of the team and was a leader for the group. She would take the younger players under her wing and consistently showed up with a positive attitude ready to play. She was also a multi-sport athlete for the Giants. Robbs plans to attend Mineral Area College in the fall to complete her associate degree before transferring to the College of the Ozarks or Murray State University to study agriculture or animal science.